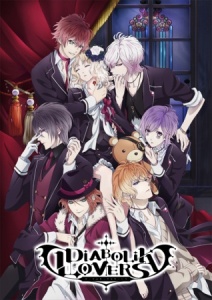 So, I made an early impression-post on Disgusting WIfebeaters back when blog was hosted on my domain. Let’s just say that I will most likely repeat the same thing.

What the hell’s wrong with this shit? And who thought of the terrible idea to even make that crap into an anime? Just watching it made me want to throw up, and I’m plenty sure that wasn’t as bad as in the game, WHICH I’LL NEVER TOUCH.

So why was it so bad?

Because it was. First of all, it’s based on a visual novel. VNs rarely translates into a good anime. That’s the first fault.

I mean, I would totally bought the game for the voice actors, if I hadn’t been scared to be completely disgusted. If I played it, I would probably make up some random shit that is filled with fluff and you’d get the worst post from me ever made. My brain has basically deleted the crap I watched, just so I could just keep my life in order. MY BRAIN THOUGHT THE INFORMATION RECEIVED WAS SPAM. Because my brain totally has a spam filter.

There’s no story. Like…. NO STORY WHATSOEVER. Unless “I’m a vampire, I’ll make you suffer as I drink your blood and you totally love it while you suffer” count as a story. I think it does not.

I’m too discouraged to make a real rage-post. But this shit is terrible. Don’t expect me to ever touch the game. I’ll keep it as far away as possible. (And if I’m too close to a copy, I’ll destroy it while laughing like a maniac.)

Yeah… Good start. A rage post. I feel like I just made shit up as I went a long and didn’t even write a summary. Whatever. I’ll have something better next week. JUST DON’T WATCH THIS.

Still want to get Diabolik Lovers? You can get the anime here!
CDJapan
DVD (Region 2): Volume 1, Volume 2, Volume 3, Volume 4, Volume 5 and Volume 6

One thought on “Diabolik Lovers”