I haven’t written any of these in a while. So I thought I’d give you a general update.

First, about my health: It’s still terrible. I’m holding on, and will be seeing a doctor next week. I hope to be back fully in 2021.

That said, I still work on Beyond the Horizon. I recently finished editing episode 11 and am almost done with the first extra episode. I was planning on being finished a month ago, but my health being as it is, there’s not much I can do about that.

I’ve also worked a bit on When the World Falls, I’ll be Safe from the Wrath of God, and in particular I’ve worked on some information pages for the series that can be found on World Anvil.

During this time I’ve been offered a contract. I’m still straightening out some question marks, but it looks like my work will be added to another platform soon. I suppose it’ll begin dropping in during October. I also want to get it up on Tapas. I hope that by the time chapters on other platforms have caught up, I’ll be good enough to begin publishing again.

That’s pretty much it, though I’ve actually been working on art related to my novels. Most important would be a sketch of the almost-kiss scene in Beyond the Horizon which I dropped on Twitter on Kenta’s birthday (September 14). 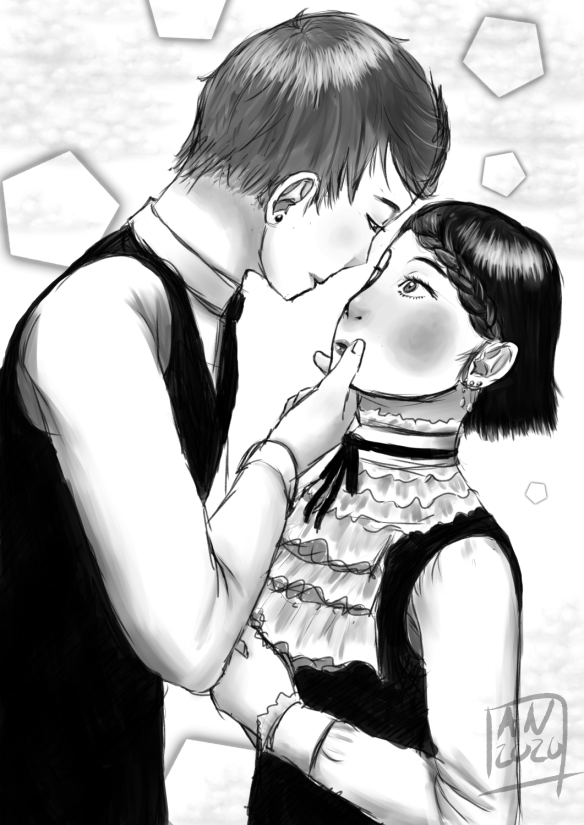 And off I go. Or actually not. Real quick update otherwise: Casandra sent me the games I got from Japan through her, and she gave me my husbando (Syo from UtaPri), so he’s beside Homura on my desk now. They were all PSP games. This blog is going to be a retro game blog at this point because I’m still on that generation of games, I guess. LOL.

I’ve also got three Aksys games I’ll play and review ASAP. And speaking of reviews, I have a few drafts I’ll post, most in batches. I’ll just slap them together and post them for you, so there’ll be some posts dropping in before the end of the year.

“Aren’t you giving your heart to me?”