Here we got a third BL webcomic batch! Sort of odd to drop that on White Day, but that happens when you need to throw something in. My obsession of gay men has been lasting quite a long while by now, strangely enough. Some of these are on the more mature side, but I’ll added my NSFA rating for each. This time the stories can be found on Tapas.

Eyes on Me (by loonytwin)
Evan forgets his keys at a friend’s house. His friend’s not going to be home, but as his roommate’s home, Evan can get his keys, anyway. Only, the roommate was hotter than he expected. But is the cute guy interested in him too, or just playing around?

This one was pretty good at the beginning, but I lost interested after a while. I guess it simply lost its momentum and fell flat after the main ship more or less fully set sail. The art’s really nice, and I didn’t really mind the mature parts. I’d still put it somewhere around 4.5/10 on the NSFA scale. The handling of pacing oneself in a relationship has been good though, so I’ll give it that. Not the greatest one in this batch.

What You Wish For (by RowdyOwl)
In a world where the gods decided to descend to humanity, most have some sort of power. Jun is a Cupid, and has no plans on being in a relationship even if he helps others fall in love. But after getting drunk one night, he comes to while things are getting rather steamy between him and another guy who he can’t even remember who it is. Not only that, it turns out the got married! What is Jun supposed to do now?

This one is quite interesting! I really enjoy the fantasy setting for this one, while the art is cute and boys pretty. I have to admit I really like the colouring on this one. The worldbuilding so far has been very good too. I really want to know more about the main couple. Why did they get married and how did it become such a strong contract? Why did Jun lose his believe in love? What is it that his sudden husband is hiding? So far something I’d say is worth reading, for sure! 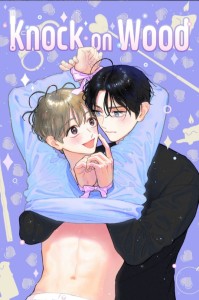 Knock on Wood (by GA-MYEONG)
Eunchae and Jiho are childhood friends but haven’t had contact in a long time. So when Eunchae suddenly invites Jiho over, he can’t help but get annoyed when asked to hit Eunchae with a supposedly blessed backscratcher. The backscratcher might not be blessed, but Jiho finds out that he might have an interest he wasn’t aware of before when Eunchae hits him with the tool.

So, this one has BDSM in it. I’m not one with prejudice against kinks, so I don’t mind this. It’s also worth noting that I read the version that wasn’t marked mature, but the version that had some chapters that were marked mature. This means it wasn’t the 18+ version, so I have absolutely no clue how explicit it gets. However, the non-18+ one is still not exactly for kids. I’ll mention right away that I’d place this around 4.5/10, without the 18+ version stuff, but with the kink in mind, I’ll push it to 5-6/10. I think it was very well handle, so it’s more about respect to those uncomfortable with this stuff. Also, one scene made me a little more uncomfortable than others, so that one is a 6 for sure.

The relationship in this story is very healthy, overall, and that is a good thing. BDSM requires a lot of trust and mutual understanding and communication, and so the couple here work a lot on that. Yes, they have their ups and downs and mess up, but they also have mutual respect and grow together and learn about themselves and whether to listen to others or each other. I find the ending especially satisfying, because it’s very relatable to me. In fact, the entire relationship (mature content aside) is very relatable because my own relationship has ups and downs that felt very similar even though they came from different reasons. In other words, a very realistic, relatable and well-done story worth reading.

Note: This is wait for free/pay with ink.

This review above is sure to give me some new, interesting hits and spam comments. I stopped getting a certain kind of spam a while ago, but I sort of feel like that very sort will begin dropping in again. Fun.

The Violinist and the Nerd (by Inma R.)
Aki Izumi is cooped up in his room and his life is focused on developing a game. One day his bully from elementary school moves in next door though! Demian Clare, however, didn’t mean to bully Izumi, and he tries to get along with Izumi. Once the misunderstanding is resolved, and Izumi finds out Damien wants to play the violin and not follow his parents’ wishes, they grow closer. But when all seems to be well, everything seems to crash instead…

I’ve been wanting to read this for some time. I have some stuff I’ve bought in the past by Inma R., which I liked back then. So when I ended up on a webcomic binge while I was injured, and found this, it was like fate brought me something long-awaited. I know that sounds so corny, but it really did feel like that. And I don’t even believe in “coincidence” in the sense that many seem to do — much less fate.

I’m glad I got around to read it. The first and original part was really good. Season two doesn’t have much yet, but just the first one is a perfectly good story and I’d be just fine with that bit. So far, though, season two has been great as well. 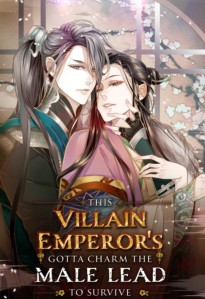 This Villain Emperor’s Gotta Charm the Male Lead to Survive
Yuan Xiao is a young CEO with good looks and should have everything going for him. But a terminal illness has rendered him unable to live the life he was supposed to have. Instead, he spent his free time reading webnovels and one of them was great! Except his favourite novel spiralled into something unexpected, and even Yuan Xiao’s ship was ruined. One day he opens his eyes to find himself in that novel — as the young Emperor that would be killed by the male lead, Heqing Yan. Not wanting to die a second time, he has to become on good terms with the male lead. It just takes a turn he wasn’t quite prepared for.

Did you really think I’d somehow post this batch without something that didn’t include transmigration or reincarnation in ancient China? With my current track record from 2020? If I’m still BL binging after about a year and a half, how could you expect my new obsession would be over? Shame on you, if you didn’t think I’m still completely obsessed. And no, Mo Dao Zu Shi isn’t the only title I’ve been consuming. But that’s a different post altogether.

This is honestly the best of the batch. The art is lovely, the background story, the worldbuilding and Yuan Xiao’s relationship with Heqing Yan all hit the right spots for me. I especially like to novel (to me) aspect that Yuan Xiao doesn’t hide from the love interest his origin. I’m considering reading the original novel, but for now I’ll just read this. I might drop it if I start reading the original and I’ve dropped some good among of ink to read this, so I don’t want to drop it because I just read the original. Lol

Recommended for others who like this sort of novels or manhua. Also 0/10 on the NSFA scale, but it has some death and stuff in it, so might be less comfortable for others.

Note: This is pay with ink to read

This post is available thanks to the love and support of my readers and patrons. If you enjoyed this post, drop a tip on Ko-fi, subscribe on Patreon, donate through Paypal, like it or give me a comment. All funding goes directly to the blog so I can keep it going.