When Miyuki Hoshizora (CV: Misato Fukuen) was a child she found a picture book with ripped pages. She promises the main character to make an end for her. Years later Miyuki and her friends are at a picture book fair and they find an interesting tent which should be showing a film. During the film a girl, Niko (CV: Megumi Hayashibara), jumps out of the screen while chased by two bad characters. The cures fight the bad guys and Niko takes them to a world of picture books, one different from Märchenland. END_OF_DOCUMENT_TOKEN_TO_BE_REPLACED

From this month onwards, the posts are bi-weekly, meaning the next post comes in two weeks, not next Sunday. Because of school I just can’t keep up with a weekly posting schedule. 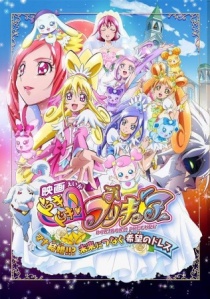 Mana’s mother, Ayumi Aida (CV: Harumi Ueda), finds her wedding dress, a dress Mana’s grandmother, Isuzu Bandou (CV: Kazuko Sugiyama), also used, and Mana (CV: Hitomi Nabatame) asks for it. After talking with her friends about it, a strange force is collecting “junk” – things that people have forgotten about. The wedding dress also almost leaves, but Mana manages to save it. The force that collects the things is Marsh (CV: Shousuke Tanihara) who somehow knows Mana. When Mana doesn’t remember him, he seals everyone in their memories, including the Precure. Now the girls need to find a way out even though they are separated and forced to forget things while they live in their memories. END_OF_DOCUMENT_TOKEN_TO_BE_REPLACED

Miyuki (CV: Aya Okamoto) ran away from home. Gin (CV: Tooru Emori) abandoned his family as he ran away from a debt. Hana (CV: Yoshiaki Umegaki) is a transvestite whose man passed away. As these three were looking through the trash for a Christmas gift Hana had found for Miyuki, they hear a baby’s cry. The homeless take the abandoned baby and start searching through Tokyo to find the child’s mother.

Although the holidays at the end of the year passed a long time ago, I’m writing about this film. It’s a drama with a bit of comedy directed by Satoshi Kon, who also have directed Perfect Blue and Paprika, two films I like for different reasons. END_OF_DOCUMENT_TOKEN_TO_BE_REPLACED

Ame (CV: Megumi Han) is the princess of Ise. In a world where a poison called Shinobi exists, her mother most of her country was destroyed. But she is a survivor and she was entrusted a key to a holy weapon called the Giga Road and she is on a quest to find this weapon and erase all the shinobi from the earth. On her quest she meets the yagyuu – a living weapon – named Suou (CV: KENN).

The premise, idea, concept, was good. The film, not so much. This film is part of a project with the same name as the film and there is comics of it, which might or might not explain more, but there were a bunch of holes in this. I mean, in the 91 minutes of this film, they managed to cram in (be warned: until the end of the paragraph, it’s spoiling pretty much the entire film!!) saving a child from being sacrificed, Ame meeting Suou, Suou knowing exactly where the heck they are supposed to go, Ame almost dying in a sand storm, Ame and co. being taking to some place, Ame getting the key stolen, some guy wanting Ame to get the weapon while another doesn’t want her to reach it, Suou saving Ame from being killed, someone from Ame’s past arriving with a bunch shinobi, Ame heading to the holy weapon, Ame reaching the holy weapon after a soldier from her homeland is killed, Ame finding weapon, weapon which is a huge mecha is not responding, bad guy catches up, info dump by bad guy who I still don’t know exactly how he’s connected with Ame but I’m assuming teacher, guy who didn’t want Ame to find the weapon arrives to save the day, bad guy pretty much ignores it, explosion, something happen and Suou comes for Ame but Giga Road is trying to protect Ame, Suou and Ame get literally connected and giant mecha starts raging, Ame-Suou kills bad guy, an ending song that made me think of tokusatsu drama or Japanese superhero shows, Ame has died, Suou cries. END_OF_DOCUMENT_TOKEN_TO_BE_REPLACED

Batch posts are posts with shows I drop along the way and sometimes films or OVAs I don’t feel I can give a proper post too. 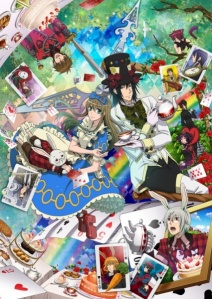 Heart no Kuni no Alice

I… can’t… even… I don’t know. What did I watch? I don’t know. This film is an adaptation of the game made by QuinRose with the same name, which is the first game in the Alice series. It’s based on Alice in Wonderland (no kidding?) and I’ve played a little bit of it several years ago when I still wasn’t very fluent in Japanese. But this was too confusing. It completely messed me up and I kept looking at the clock. Yuck.

END_OF_DOCUMENT_TOKEN_TO_BE_REPLACED 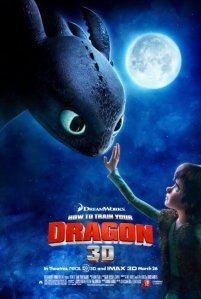 Hiccup (CV: Jay Baruchel) is the Viking chief of Berk, Stoick the Vast‘s (CV: Gerard Butler), son. However, he’s not what Stoick would had wanted in a son, because Hiccup is weak and never does anything right. Hiccup tries to be like the other Vikings though, but it leads to more damage than it helps anyone.

On night, when the village of Berk is being attacked by dragons, Hiccup see his chance to kill one of them and with a cannon he hits the Night Fury – a dragon no one knows anything about or even has seen. When Hiccup finds the injured dragon in the forest, he can’t kill the dragon and instead let’s it free. But when it can’t fly away by itself anymore, Hiccup befriends the dragon instead. END_OF_DOCUMENT_TOKEN_TO_BE_REPLACED

I know a post just came out before this (like 10 minutes ago), but this post is a special post which I’m publishing immediately unlike others which are published according to a schedule. This is because the .hack series in its whole is very dear to me. This, of course, means I will be very biased in my judgement. But ain’t I always biased? That’s the kind of blog this is… right?

Sora Yuuki (CV: Nanami Sakuraba) is one of the very few who isn’t playing the game called The World, even though she is curious about it when all her friends are playing it. When she learns her grandfather Takefu (CV: Kenichi Ogata) nothing is really holding her back to try the game out, so hesitantly she does. After walking around for a while, she sees a ghost-like character and something black which attacks her. The ghost character gives Sora something before disappearing. It doesn’t really affect Sora in any way, except it’s a little weird and as her friends teaches her about the game, she eventually asks her two friends Tomohiko Okano (CV: Kei Tanaka) and Kakeru Tanaka (CV: Toori Matsuzaka) about it. END_OF_DOCUMENT_TOKEN_TO_BE_REPLACED