Xie Lian was once upon a time the noble Crown Prince of Xian Le, a country that disappeared 800 years ago. He was born under a lucky star, yet after ascending to godhood at a young age, everything seemed to go entirely against him. After 800 years, Xie Lian ascends a third time, but he has no worshippers nor merits, and he goes to the mortal realm, where he meets a knowledgeable youth in red…

END_OF_DOCUMENT_TOKEN_TO_BE_REPLACED

Mayna Spring is a hair stylist. And not any hairstylist, but Myulan’s Princess Patricia‘s personal hairstylist! She has a fateful encounter while she’s standing at the side in case of a hair emergency. The neighbouring country’s Prince Darion‘s guard Ray tells her she’s his bondmate and they get along well. But when leaving, Ray dumps her! What’s more, there’s no one suitable to take her position as the royal hairstylist when the Princess is to marry Prince Dario and now she’s following along with her… To where Ray is.

END_OF_DOCUMENT_TOKEN_TO_BE_REPLACED 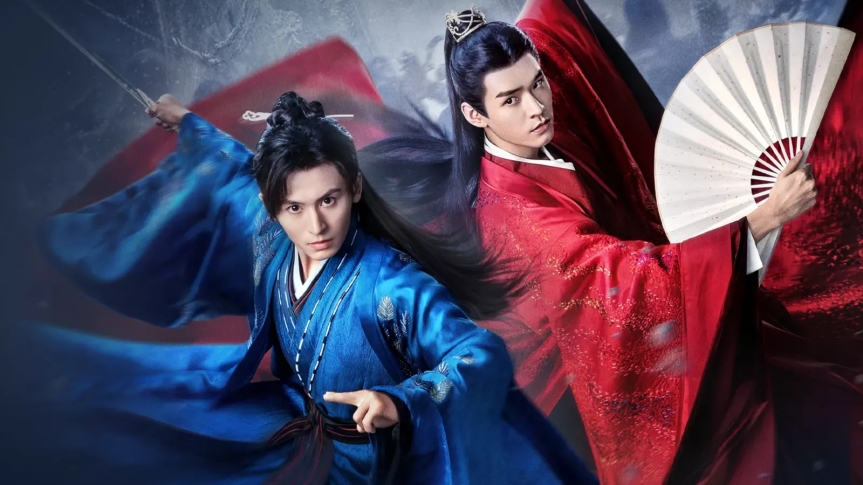 Zhou Zishu (Zhang Zhehan) has decided he wants to leave the Window of Heaven, but to do this, he has to go through pain to keep all the secrets quiet until he eventually dies. But Zhou Zishu uses a second method to not lose his senses and martial art right away, and he disappears into the martial art world.

END_OF_DOCUMENT_TOKEN_TO_BE_REPLACED

I thought this was supposed to be a weekly thing, but here I am making a post every 8 days instead.

END_OF_DOCUMENT_TOKEN_TO_BE_REPLACED

Well, guess who overexerted their hip? Yep. That would be this very person sitting here typing out a post two days late while in pain. It doesn’t burn like I’m hell, but it still hurts quite a lot to sit on my behind.

I still do it. I don’t know. I guess I’m just so used to pain I push through even though it’s nearly hell.

But let me get this quickly done and just report how far I’ve got.

END_OF_DOCUMENT_TOKEN_TO_BE_REPLACED

If I told the 16-year-old who started out with a small Swedish blog:

“One day, in 15 years, you’ll write reviews and get thousands of views and visitors.”

I would have laughed at myself. “Are you crazy? It would be nice if I have like two subscribers.” I would have gone back to what I was doing and never given it a second thought.

I never expected it, nor did I actually plan for it. I didn’t even dream of it.

Still, I’m sitting here writing a post for my blogoversary.

END_OF_DOCUMENT_TOKEN_TO_BE_REPLACED

This post is part of that. Mostly. It also shows I’m still alive, I suppose, and actually getting back to work after my break!

I planned on getting this done yesterday but I was tired and not feeling great, while also freaking out completely over something. So here we go.

Aside from Summer Camp, I’m actually participating in Camp Nano as well, and I have plenty of writing related work to do. This also shows that I’m not just sitting on my hands doing nothing regarding writing, even though I won’t be posting any new chapters or episodes in my stories for a while still.

END_OF_DOCUMENT_TOKEN_TO_BE_REPLACED

When she finally managed to get something out, her voice was raspy. Maybe she had hit her harder than I thought?

“You’re quite a strange NPC, aren’t you? You’re a character whose existence I can’t seem to override. And yet that very existence makes this different from the world in my game.”

My existence itself was being rejected.

“I mean, I wasn’t selected as the scholarship student…”

Isn’t that simply due to your grades? I tried my hardest to get in for free!

“…and it wasn’t me the Prince rescued…”

Prince? She must mean Mochizuki. But it would so crass for someone to actually try to force a rescue by throwing themselves onto—No a lady never points out the obvious.

Urara Tendou was reborn into a land with more advanced technology after a life as nobility in the kingdom of Lacrofine, which she found was similar to medieval Europe. But that’s less important—what’s important is that she’s a commoner! She’s free! She’s happy. But she could never shake off the habits from her past life, growing up to be a lady courteous to even her parents. So when she enters to St something Delia something School, she’s mistaken for someone from a rich family, and not a student on a scholarship.

But it’s also when she begins high school her troubles begin, with the seemingly crazy girl Shizuku Arimoto being on her case about… interfering with her “events”?? What does that even mean?

END_OF_DOCUMENT_TOKEN_TO_BE_REPLACED

Rokunosuke’s the son of a poor farmer with no money to pay the cruelly high taxes. One day when he’s off helping another farmer, his father is brutally killed and his home burnt to the ground, so he decides to avenge his father. However, Oyuki changes his mind, but it only lasts for a while…

END_OF_DOCUMENT_TOKEN_TO_BE_REPLACED

Three out of four members of The Indent Girls wished to quit the idol group Mami is a member of. Following the announcement, Mami struggles with accepting it, but does her best to handle her own regrets and feelings, while looking back at where she came from.