This is a celebratory early post thanks to reaching a Patreon milestone ($5)! To read more about how to support the blog, go here!

It was cold and empty. Tohko wasn’t there.
Tohko-whose braids had come unraveled and blown around wildly, who had gripped my arm, whose eyes had been filled with anguish, who had screamed at me and trembled.
When I recalled her pale face or her voice as she asked me, “Why?!” a scarring pain ran through my chest and my breath choked off.
“Why…?”
As soon as I’d spoken the word, my throat closed up, my nostrils flared, and my eyelids burned.
“…Why, Tohko…?” 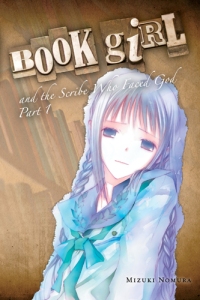 Tohko Amano is drawing away from Konoha Inoue because of her exams and she doesn’t have to come to school. But there is more than that. Tohko wants Konoha to write a novel, but that’s the last thing Konoha would like to do. He has decided to never write a novel! But slowly, slowly Konoha learns that there is more to Tohko than he has known. There’s a Tohko who he doesn’t know and he gets involved in the complicated life of the Amano-Sakurai family. 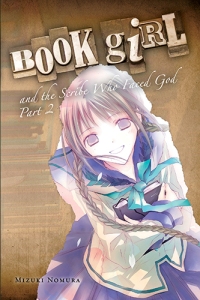 At the same time Konoha is trying his hardest to be a good boyfriend to his girlfriend Nanase Kotobuki, but it’s hard when he is torn between the despair Tohko gives him in her absence and the love he has for Nanase. END_OF_DOCUMENT_TOKEN_TO_BE_REPLACED

This is a celebratory early post thanks to reaching a Patreon milestone ($3)! To read more about how to support the blog, go here! 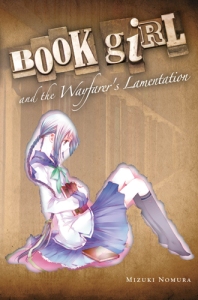 Konoha Inoue is a member of the book club at his school. He usually has to write snacks for the president of the book club, Tohko Amano, to eat, but she’s currently studying to take various tests for different universities. In the meantime Konoha’s past, Miu Asakura, has come back to haunt him and it’s hurting him and all of his friends. END_OF_DOCUMENT_TOKEN_TO_BE_REPLACED

This is a celebratory early post thanks to reaching a Patreon milestone ($2)! To read more about how to support the blog, go here!

A snake is in the swamp there.
Rich old spirit’s little girl
Get you up and set a trap
A bead of water ‘pon her neck.
Golden shoes upon her feet,
Call me this and call me that
To the mountain of the field, go, go, go… 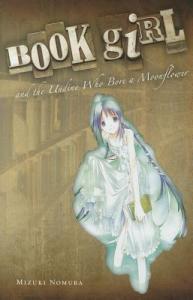 It’s summer vacation and Konoha Inoue is expecting a relaxing time without Tohko Amano, the president of the literature club and a book girl who lives off stories. Literally lives off of them, by eating them. But Konoha’s plans of doing nothing are changed when he gets a telegram and is taken to a mansion against his will. The place is said to be haunted by a ghoul – Shirayuki – and so when Maki Himekura starts trying get rid of the building, strange things start happening… END_OF_DOCUMENT_TOKEN_TO_BE_REPLACED

I’m called Anny and I like reading and gaming and occasionally watch anime. On this blog you’ll find my thoughts on mainly visual novels, books and comics.

All content and this blog is completely funded on donations (mostly my own, mind you) and monthly pledges. No funding means no content. Read more about how to support this blog.

I have yet to bite anyone, so remember that comments are always welcome!

In the lands of 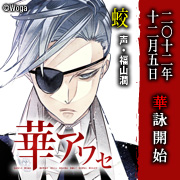 Give Kobo a try and get $5 off your first buy! (While giving me a gift too!)

Check out other ways to support me here! 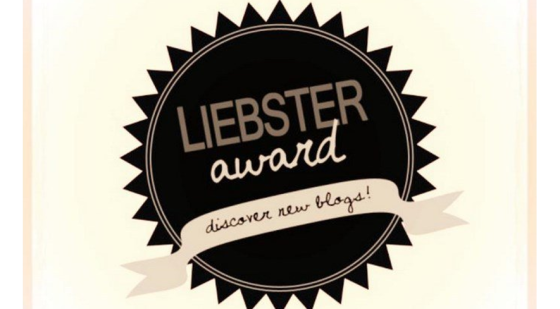