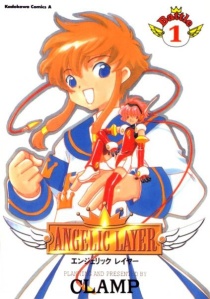 Misaki Suzuhara ha just moved to Tokyo to live with her aunt. As she’s lost, she sees a commercial on a screen. It’s a match between two angels in the game Angelic Layer. Drawn to the game, Misaki meets a weird man calling himself Icchan who helps her get her own angel, Hikaru, and make her clothes. After a couple of hours of practise with the angel, Misaki then is asked to join the national competition. Following the suggestion, Misaki joins the competition showing off great potential. END_OF_DOCUMENT_TOKEN_TO_BE_REPLACED